The Rise of Defi – A New Type of Digital Disruptor 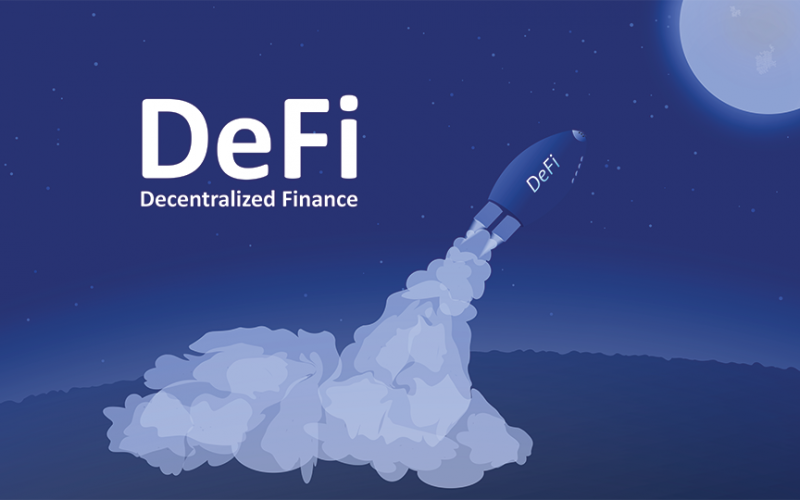 Short for Decentralised Finance, Defi is an umbrella term that refers to the growing ecosystem of smart contract-powered financial products that operate on blockchain networks. These products attempt to improve upon those offered by traditional financial services. Sometimes referred to as Distributed Ledger Technologies (DLT), these networks have several things in common:

On the other hand, Centralised Finance (Cefi), sometimes referred to as Traditional Finance (TradFi), refers to the conventional banking system of retail, commercial, and investment banks. This system comprises a variety of intermediaries used to connect counterparties to facilitate transactions for a premium.

Enter Smart Contracts; self-executing digital agreements whereby pre-agreed coding governs the terms of a contract between counterparties, eliminating the need for intermediaries or control by a central authority. Solidity: Ethereum’s Smart Contract programming language and its accompanying ERC-20 token were quickly adopted by the blockchain community and used to build other blockchain applications. Ethereum had now paved the way for a sprawling, decentralized financial products, and services ecosystem built on a widely accepted and mutually compatible platform.

As digital natives, many consumers now understand the financial services sector more than ever before. Ultimately, this has drawn attention to any cracks in the system and puts pressure on institutions to rectify any mistakes or accommodate individuals’ growing financial needs. Consumers have also developed an awareness that many companies are collecting their data, giving rise to data privacy protection laws like GDPR.

This demographic was primarily exposed to the Defi sector due to the overlap in timing between the pandemic and the latest Bitcoin bull run. Many of these people were concerned with job security and market uncertainty and turned to investing as an alternative form of income. With all eyes on crypto, the timing for Defi’s take-off could not have been better.

The Rise of Defi

In 1999, renowned venture capitalist; Peter Thiel predicted how currencies would evolve. Thiel described an unstoppable decentralised virtual currency where the value would be held within tokenised assets, such as fractions of the S&P 500. Fast forward to August 2020 when the US Acting Comptroller of the Currency, Brian Brooks, made the following statement:

“We see a future where decentralisation is very likely an unstoppable force out there. Decentralised networks, by definition, are cheaper, faster, and more resilient than any kind of centralised structure.”

The fact that the financial wing of the US government has made a statement about Defi’s impact on traditional financial services should confirm what many already believed to be true, that banks will have to up their game to stay relevant.

The Defi space has seen an explosion in the creation of decentralised products and services, from applications (DApps) and exchanges (DEXs) to autonomous organisations (DAOs), all of which aim to improve upon different aspects of the current financial system through disintermediation. In 2020, the Defi sector underwent an unprecedented level of growth in its total value locked (TVL), from under $700 million in January to almost $16 billion by the end of the year. Today, Defi has a TVL of over $70 billion, with over 3000 DApps running on the Ethereum network alone. Ethereum is also the second largest cryptocurrency with a market cap of over $300 billion, comparable to one of the world’s largest financial institutions, Bank of America.

How Defi is Competing with Banks

Smart contracts allow for trust to be placed in the underlying technology and not in people. In so far as a smart contract is properly designed, the potential for any sort of error is practically zero. This eliminates almost all human error, such as accidentally inputting incorrect information on a contract. Intermediaries are not required to facilitate any processes, so fees are much lower, and counterparties are not subject to manipulation by third parties. Also, with each block of data being encrypted, the possibility of a data leak is extremely low. Furthermore, information stored on a blockchain is duplicated multiple times, meaning restoring lost data is just a few clicks away.

Data privacy is at the forefront of the Defi movement, with KYC checks being viewed as contradictory to its goal. KYT (Know Your Transaction) takes traditional AML’s place as the new player in the game by monitoring the transactional behaviours of digital addresses while still allowing for user pseudonymity. Digital identity verification can be made simple using blockchain-enabled IDs, increasing client satisfaction due to the verification process being completed quicker and more securely than was previously possible.

Historically, many clients have been unable to carry out certain banking functions outside of business hours. For example, the settlement and clearing process in stock trading can take up to three days to complete, and sometimes even longer if there are international trades. Tied-up money makes for an unhappy customer, and cash in transit carries significant risks for banks. Defi solves these problems by facilitating quick, easy, and secure payments through its peer-to-peer networks operating 24/7. This is also perfect for supporting small and medium-sized enterprises (SMEs) in countries where the financial services sector is not well developed.

There are also many potential benefits of investing in Defi assets that traditional money and capital markets seldom offer. Defi is a new and highly volatile asset class with a revolutionary technology at its core. The speculation surrounding its long-term potential is what has driven the Defi sector’s exponential growth, ultimately leading to higher returns than most traditional investments. For the last decade, banks’ inability to provide worthwhile interest rates on savings has been a complimentary bonus for Defi as many have opted for new and innovative inflationary hedges.

How are Banks Responding to the Pressure?

While Defi has Stablecoins (cryptocurrencies pegged to fiat currencies), central banks have been making headway in the digital space and are considering introducing their digital currencies; CBDCs. A survey conducted by BIS in 2018 showed that 70% of the world’s banks are beginning to explore the realm of CBDCs. Vladimir Putin commissioned the development of the crypto-ruble back in 2017; the US Federal Reserve and European Central Bank have followed suit with research starting on digital versions of dollars and euros. Banks are now innovating by using their power, capital, and resources to keep up with the disruption, a stark contrast to a few years ago, with Defi, once looking like an existential threat to banks.

Defi also has another issue, this time with its investing process. Historically, investors have had to go through a centralised exchange, which acts as a bridging mechanism to Defi assets. Decentralised exchanges have since been created, and their rate of adoption is increasing dramatically. However, DEX adoption has not reached its full potential as many investors prefer to use centralised exchanges such a Coinbase because of their user-friendly interfaces.

Many DEXs still suffer from being extremely complex, meaning that only the most financially literate and savvy investors can easily navigate these platforms. Global investment bank Wells Fargo has begun to capitalise on this flaw by offering their Private Wealth Management clients Defi investment options, where clients seek to benefit from using a trusted organisation to facilitate crypto investments. Other major banks such as Morgan Stanley, Goldman Sachs, Citigroup, and JP Morgan follow suit.

J.P. Morgan’s Liink is the first service of its kind, a collaboration of over three hundred banks worldwide that have signed up to engage in a global blockchain initiative. The project aims to smooth out cross-border payments and minimise the time it takes for banks to reply to compliance and data queries that slow down transactions. A permissioned version of Ethereum’s blockchain called Quorum has been developed by J.P. Morgan to power the project.

Banks have navigated an onslaught of regulatory changes for decades and are therefore well versed in the matter. With Defi becoming more widely adopted, regulators have the sector in their crosshairs. Currently, Defi protocols are not subject to risk management requirements that protect against systemic threats. There is no support team to contact should there be an error in the system that results in a loss of capital, and so the funds may be lost permanently. This is a significant sticking point for potential smart contracts users as each scenario must be accurately defined and accounted for during the contract creation; otherwise, the funds are at risk of being locked on the blockchain indefinitely.

Can Defi and Banks Co-Exist?

While it is evident that Defi and banks are fundamentally at odds with one another, some banks have decided to innovate and adopt blockchain technology, and in some cases, Defi elements too.

Earlier this year, ING Group conducted a case study on Aave; a Defi protocol that allows users to lend and borrow money in a peer-to-peer network. ING concluded that “the best of both worlds is achieved if centralised and decentralised financial services cooperate.” ING’s study also highlighted a trade-off between reducing counterparty risk and increasing the technical risk associated with smart contract design. This risk could be somewhat mitigated if banks and Defi were to collaborate.

While Defi will continue to face competition from banks, restrictions from regulators, and technological constraints, it is essential to note that the underlying blockchain technology is still in its infancy. Defi has not yet reached the early adopter stage and is similar to mobile phones and the internet in the early 90s. Many ground-breaking Defi products have been created, and an even greater number are currently in the works.

As time goes on, we will likely see banks at the forefront of Defi’s innovations as they are forced to adapt or become irrelevant. There is no doubt that Defi will continue to be the digital disruptor that it set out to be and that the financial services industry is yet to see the best of what Defi can offer.

At Vox, we regularly help financial institutions to manage the complexity of change, be it Regulatory, Digital Transformation, or Data related. If you need help, get in touch with Phil Marsden at phil.marsden@voxfp.com or visit www.voxfp.com to learn more. 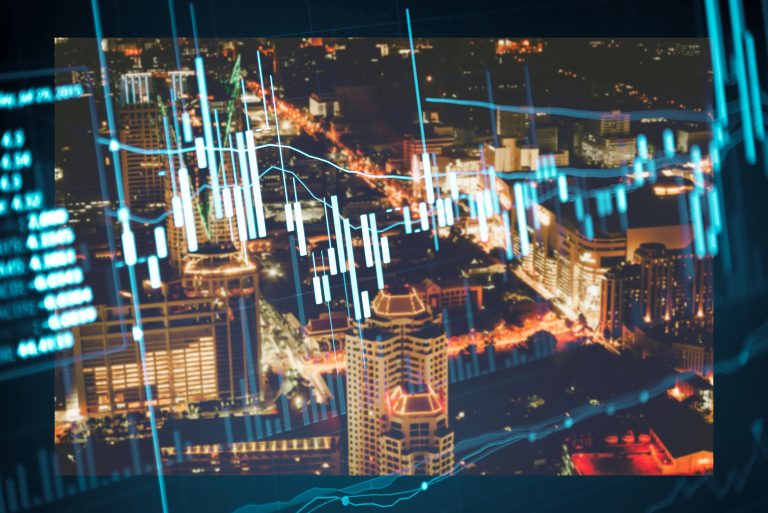 Uncleared Margin Reforms (UMR) – The Past, Present and What Lies Ahead 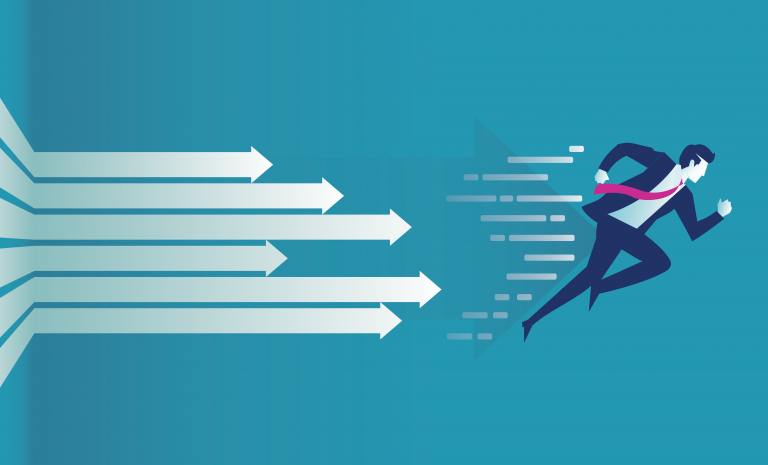 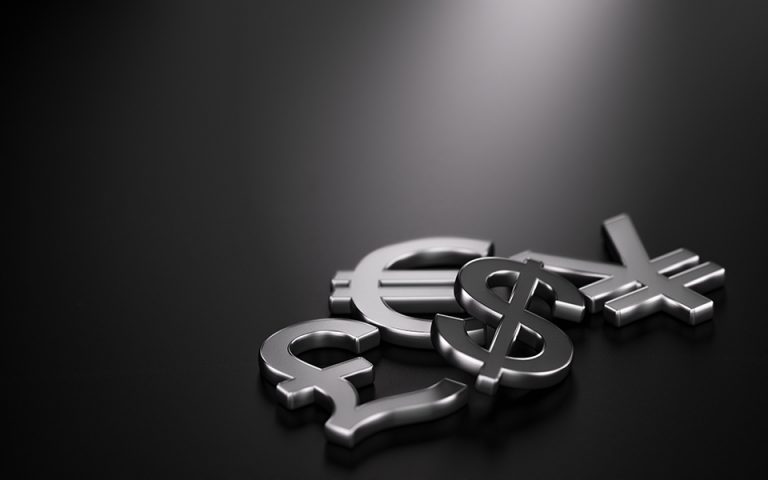